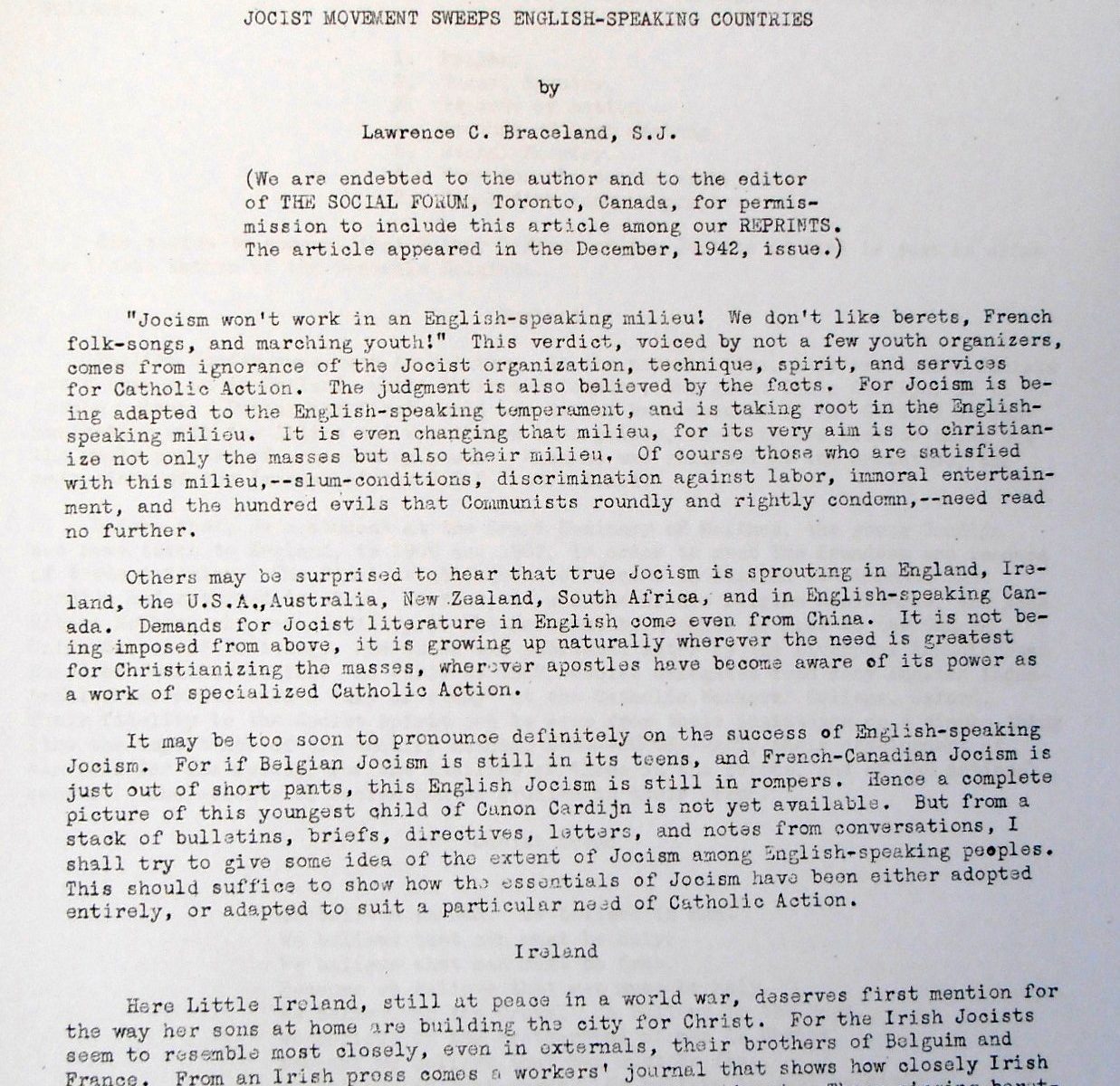 Australian Catholics during the past ten years have corresponded with leaders of Catholic Action the world over, and there is practically no movement adaptable to Australian conditions that has not been borrowed wholesale for the finest set-up of Catholic Action in the world. At least that’s the impression I got from a conversation with the Rev. James G. Murtagh, associate editor of the Melbourne Advocate and member of an Australian journalists’ union. It seems that it was the laity, not the priests, who did all the corresponding and robbing, so everything was all right. I got the impression that the laymen wrote even the bishops’ circular letters and directed the bishops in the application of the encyclicals. Even the Communists tag along at the heels of these Catholic Workers. For example, the Communists attended the latest annual Benediction for journalists, listened patiently to the Archbishop’s sermon, and joined in the following gab–fest. They were afraid they’d miss something,

In Australia, groups have been organized for specialized Catholic Action among the teachers, lawyers, druggists, artists, engineers, journalists and farmers. The Ladies of the Grail are in charge of Catholic Action for the girls, and a fine job they do, while the boys are organized along the lines of the Jocists in various countries. They steal from the Jocists came from correspondence with the Abbe Kothen of the Belgian Jocists, mentioned above in connection with English Jocism.